There is often a lack of clarity about the amount of a business interruption damage – that is what the insurance company will ultimately pay. Read here what you need to know.

HOW IS THE BUSINESS INTERRUPTION Damage ACTUALLY CALCULATED?

In the event of a loss, business interruption insurance compensates for the loss of profit as well as the ongoing costs. The calculation of this damage can be very complex and prone to dispute.

In practice, I often experience that entrepreneurs have completely wrong expectations about the amount, composition and duration of the compensation from the insurance company. Therefore, it makes a lot of sense to take a look at the basic logic of a business interruption claim, because you need security for the worst case scenario.

If machines and equipment are damaged in a fire (or other disaster) in your business, this is referred to as property damage. In the vast majority of cases, operations have to be interrupted – in whole or in part. If you lose turnover and earnings due to this business interruption, this is known as business interruption loss. You can and should insure your company against this.

In the event of a loss, business interruption insurances compensate for the loss of profit as well as the ongoing costs (strictly speaking, the loss of contribution margin). The calculation of this damage can be very complex and prone to dispute. In practice, I often experience that entrepreneurs have completely wrong expectations about the amount, composition and duration of the compensation from the insurance company.

Therefore, it makes a lot of sense to deal with the basic logic of a business interruption claim and the compensation claims once – in the event of a claim, it is too late for that.

Usually, business interruption damage is settled with the help of one or more experts within the framework of the so-called expert procedure. The costs of your expert are usually included in the insurance.

You can find more information about the expert procedure here.

THE PERIOD OF LIABILITY IN THE CASE OF BUSINESS INTERRUPTION DAMAGE

Practical tip: When taking out business interruption insurance, pay attention to the agreed liability period! As a rule, this is 12 months. Ask yourself whether you will be able to cover all repairs and replacements of your equipment and buildings in the event of a loss within 12 months. If not, you should extend your liability period, e.g. to 24 months.

The basic prerequisite for a business interruption loss that is subject to reimbursement is always damage to property. In other words: an object serving the business (a lathe, an entire plant, a data hub, a laptop) is destroyed, damaged or gets lost due to

There is the possibility to insure further perils, namely

Practical tip: Ask your doctor or pharmacist – or better still your insurance broker or your insurance company – which additional cover makes sense for you. For example, volcanic eruptions in Lower Saxony are rather unlikely.

If there is an event against which you are insured and which results in a business interruption, you are entitled to reimbursement of the loss.

The question of the extent to which this also applies to so-called cyber damage is becoming increasingly important.

A cyber loss (or a business interruption caused by it) is usually not preceded by any of the aforementioned property damage. It is usually a matter of hacker attacks or malware that impairs or interrupts business operations.

Meanwhile, many insurance companies offer corresponding policies. Here, the liability periods are much shorter, usually a maximum of 6 months. The calculation of the sum insured and the compensation claims is handled differently by the insurance companies. Loss of profit and ongoing costs are reimbursed, or agreed daily rates are paid or fixed sums. Special losses, such as the failure of cloud services, are usually capped at maximum amounts. You should therefore obtain very precise information and/or advice.

DURATION OF THE BUSINESS INTERRUPTION LOSS

The liability period of the insurer begins – as we have just learned – with the occurrence of the triggering property damage and ends in principle with the end of the interruption (because then there is usually no more damage). However, it ends at the latest – we remember – with the expiry of the agreed period of liability.

In concrete terms, this means that as soon as you return to making sales as you would if there were no damage, the interruption is considered to have ended.

Attention! In the event that damage-reducing measures are still in progress (we will come back to these in a moment) and these cause costs, the end of the damage is only reached when these measures have also ended! At the latest, however, after the expiry of the contractually agreed liability period.

WHAT IS BEING REIMBURSED?

The following will be compensated

The logic behind this is clearly to put you or your company in the position it would be in without the damage. Therefore, costs that are incurred despite the business interruption, such as rents, salaries, leasing rates, are reimbursed. Costs that are only incurred during operation and are therefore lost due to the business interruption are not reimbursed. Proportionate energy costs, the use of goods or auxiliary and operating materials are to be considered here. A certain but not complete analogy can be drawn with the division into fixed and variable costs.

Special attention should be paid to the measures you (must) take to minimise the damage. These are the so-called

Loss reducing measures are also insured and will be reimbursed, insofar as they demonstrably reduce the damage (or you were entitled to assume that they would).

However, this is neither a special goodwill on the part of your insurance company nor is it at your discretion whether you want to take such measures! As the policyholder, you are in principle obliged to mitigate the damage. Yes, you are even obliged to follow the insurer’s instructions – as far as this is reasonable for you.

Examples of loss reducing measures are

As a rule, you should coordinate these measures with your insurance company in advance – unless this is not possible due to a particular urgency. Ultimately, loss minimisation has priority.

The same applies to measures that you take at the behest of the insurance company, even if they were unsuccessful (i.e. did not ultimately reduce the damage).

Practical tip: Always initiate loss minimisation measures – if possible – in consultation with the insurer. If this is not possible, e.g. due to time constraints, inform the insurer immediately!

CALCULATION OF THE BUSINESS INTERRUPTION LOSS

Now that we know how long and for what we will receive compensation, we are naturally interested in how the damage is calculated.

The basis of the damage calculation is the loss of benefits during the interruption period. In a first step, a target/actual comparison is carried out. To determine the “target”, the company’s turnover and profit planning and the results of the loss-free comparative period of the previous year are used. Special or additional influencing factors such as general or sector-specific economic developments, seasonal business development, technical innovations, new supply contracts, etc. are taken into account.

The share of gross turnover that covers profit and ongoing costs is compensated. Variable costs that are no longer incurred in the event of a shutdown, such as the use of materials, pro rata gas, electricity and water costs and the like, shall not be compensated.

If necessary, so-called special earnings that were achieved during the shutdown period must be deducted from this loss. Let me give you an example: In a fire, the entire pre-production was destroyed, but not the equipment for final assembly. If you now take over orders for final assembly for external companies on the temporarily unused equipment, the income from this is deducted from the damage.

Care must be taken with measures that result in a benefit for the policyholder beyond the period of liability. Particularly in the case of machinery and technical equipment that has to be newly acquired, there is often a better position. Often the new equipment has a higher performance, lower operating costs or other advantages over the defunct equipment. It is also conceivable that a more efficient machine can be delivered more quickly than the equivalent of the destroyed equipment, and thus the business interruption can be ended more quickly.

Either way, such improvements by the policyholder must be offset – i.e. deducted from the loss. This is one of the challenges one has to deal with in practice. Possible starting points are, for example, the additional production speed of a machine or possible labour savings. These can then be extrapolated over the estimated life of the plant and then discounted.

SUM INSURED IN BUSINESS INTERRUPTION – WHAT YOU SHOULD PAY ATTENTION TO

Pitfalls and mistakes lurk when determining the sum insured. Basically, you estimate your turnover at the beginning of the year and report it to the insurance company. This is the basis for the sum insured.

Here are some practical tips that you should bear in mind:

A business interruption claim is one of the most complicated claims there are – there are already a lot of things that have to be considered beforehand. The settlement of the claim cannot be managed without the help of an expert and holds a lot of potential for breaching obligations and thus jeopardising claims.

The claims calculation itself is complex and operates on all levels: on the payment level, on the accounting level, on the imputed and fictitious level.

But take heart: In the event of a claim, you can hire your own expert and his fee is usually included in the insurance!

So don’t hesitate to get external help to settle a business interruption claim. Your expert will ensure that you understand the basics of the calculation, support you in negotiations with the insurer and in taking measures to mitigate the damage. 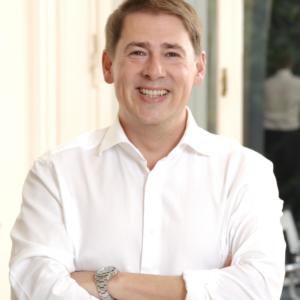 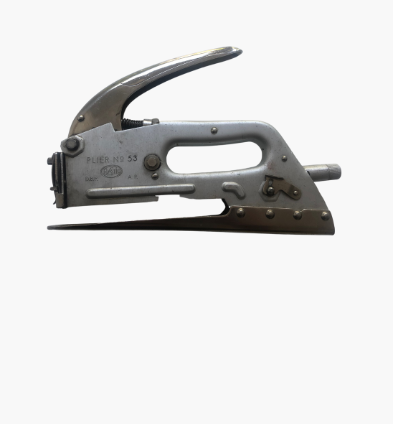 26th July 2022
What are they needed for and how
are they correctly determined? 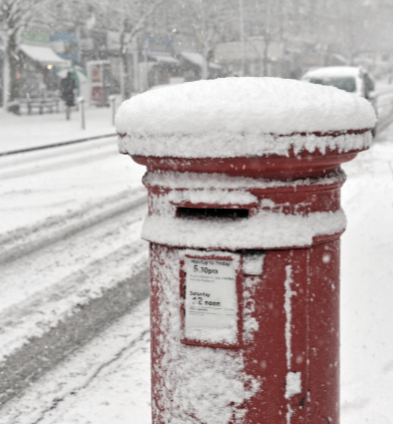 Our best tips and info
straight to your inbox.
Sign up here!